Generation Alpha is in the House; How Can We Prepare Them Today?

Generation Alpha is in the House

How Can We Prepare Them Today?

Welcome back to a new year!  So, have you heard of Generation Alpha?  Your preschoolers, kindergartners, first graders, and second graders are the most materially endowed and technologically literate generation to date.  Case in point: According to Amazon.com, four days before Christmas the “most wished for” tablet accessory most often added to all wish lists and registries was the BUDDIBOX iPad Case, a kid-safe product marketed to generation Alpha. And one startup has produced an app which consistently ranks as one of the most downloaded and highest grossing apps since 2015- ABCmouse. Age of Learning (ABCmouse's parent company) is now valued at $1 billion; over one million families subscribe to their educational platform exclusively targeting generation Alpha.

More than 22 million millennial parents live in the U.S., with about 9,000 generation Alpha babies born to them each day. According to social researcher Mark McCrindle, 2.5 million members of Generation Alpha are born every week around the world.

Who Is Generation Alpha?

Babies born from 2010 are Generation Alpha and many have been in formal schooling since 2015.  That’s not long…Are we ready or are you ready?  The generation years have been disputed.  These are the most popular.

1.  These children will come from smaller families.


2.  They have been exposed to many forms of entertainment.


3.  Will already be using many forms of technology.


4.  They will work longer than any other generation and will have a number of careers.
5.  2010, the year the iPad was introduced, Instagram was created and "app" was the word of the year.
6.  Called "screenager" or the Generation Glass.
7.  They are not just simple users, but they are born with a "tech thumb".
8.  "They don't think about these technologies as tools," McCrindle says, "They integrate them singularly into their lives."
9.  Fast forward in 2040, when the oldest alpha will be 30.  They will be entrepreneurs.
10.  Teachers in this era, who are digital natives already, will be more open-minded and ready to understand the needs of the Generation Alpha in the new global age. 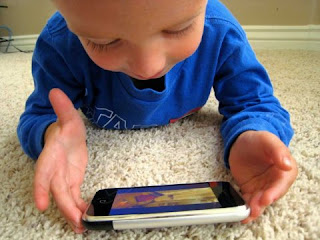 Gen Alpha doesn't just use technology, they integrate it into their lives flawlessly.

How Can We Prepare Our Generation Alpha Today?

Certainly, the alphas will be living in highly mobile and technologically advanced society, but the focus that we should be directing at is how can we be able to develop this new generation to become the best digital citizen ever to surface on this planet.  Digital citizenship is a necessity to educate, empower, and protect the youths of today.

Begin to Teach the 9 Elements of Digital Citizenship

Learning about Generation Alpha has been surprising.  I had not heard about this term, Gen Alpha, until I began to research for this Blog.  Pinterest has very few pins, Twitter is limited, and Instagram is quiet.  So, now you know.  Please share what you have learned, create thoughtful lesson plans and invite your school’s IT personnel for suggestions and information.  Be of service to your Gen Alpha students by preparing them early to become outstanding global citizens.

McCrindle, Mark, director. Understanding the Global Generations | How the Generations Are Named and Defined. 2013, youtu.be/iKUdeOwZqZE.

Posted by adamsapple at 8:32 PM No comments: